With Alternative Investment Funds (AIF) taking more and more weight in the Luxembourg market, AIF investors and promoters can take additional advantage of the wave through increased awareness of certain by-effects of industry developments.

The evolution of AIF has been keeping its momentum: at the end of Mar.2019, net worth of AIF assets amounts at EUR 737 billion out of a total of EUR 4,350 billion reported for all funds domiciled in Luxembourg. The drivers are known, like the search for more meaningful returns and the profound transformation of the banking system in the wake of the 2008 crisis. AIF investors and promoters will take more advantage from the move if they increase awareness of few by-effects of the ongoing developments. Their ultimate demand is for efficiency, transparency and strengthened protection: to this respect, when selecting their asset servicing providers, pricing cannot be the leading criteria, and a number of complementary conditions specifically focused on AIF features are worth to be assessed.

Certain challenges are clear enough: among them the ongoing pressure on fees. Given the considerable potential of growth coming from extremely demanding investors (insurances, retirement benefit plans and family offices), a major reorientation of fee flows towards managers able to generate the so-called “pure” alpha (extra performance capacity not replicable with standardized strategies) is expected.

In this context, CSSF guidelines released in Aug.2018 addressed a main divergence between AIF and UCITS: the depositary function for AIF can be carried out by providers other than banks, such as certain types of PSF specifically identified and authorized.

Few related by-effects need not to be overshadowed by AIF investors and promoters, as is the impact that the changing mix of invested assets has on the depositary function. The development of alternative strategies oriented to pure alpha increases the recurs to instruments other than traditional financial assets: insurance contracts, receivables, private debt, crypto-assets, agricultural developments in non-European countries, art collections are just the advanced frontier of an investment universe that has already reached significant levels of handling complexity when depositary function duties are considered.

In this context, CSSF guidelines released in Aug.2018 addressed a main divergence between AIF and UCITS: the depositary function for AIF can be carried out by providers other than banks, such as certain types of PSF specifically identified and authorized. In this regard, the circular has the merit of invoking all operators to apply as much as possible (as a principle of sound practice) requirements that largely coincide with the UCITS depositary ones and involve precisely a higher level of investors’ protection. A point of improved clarity to the benefit of AIF investors and promoters: when selecting their depositary function provider, if certain complementary conditions are met, they might consider that a fully licensed banking operation could be a more coherent choice.

As a consequence, not only due diligence processes tend to be longer than AIF investors and promoters would like, but there is also the risk that at the end of the process the onboarding is denied due to some sensitive elements triggering the risk classification.

Another by-effect that AIF investors and promoters need to consider is the increased complexity of the onboarding process. To this respect, the challenge resulting from the expanded universe of invested assets and strategies combines with other relevant trends, such as: the increased KYC/AML/CFT controls; the monitoring and look through requirements related to oversight duties; the proliferation of lists of sanctioned countries, companies and persons; the providers’ reduced appetite for involvement in projects likely to be classified as high-risk ones. As a consequence, not only due diligence processes tend to be longer than AIF investors and promoters would like, but there is also the risk that at the end of the process the onboarding is denied due to some sensitive elements triggering the risk classification. It is important to be aware that the shortcut here, particularly when providers are squeezed on fees scale, potentially jeopardises the demand for strengthened protection.

On the contrary, the professional answer leverages on a dedicated onboarding process for AIF projects structured in such a way that the most sensitive features are pre-evaluated by a competent decision-making committee at early stage, to assess potential divergences with respect to the risk appetite criteria in force and/or to indicate appropriate mitigations; a pre-assessment subject to the standard due diligence phase that must subsequently confirm that no further aspects of attention are identified in respect to the ordinary risk factors. A structured process that guarantees AIF investors and promoters the efficient time-to-market they look for.

Perhaps it is worth mentioning at least one more aspect: liquidity. The more the AIF projects evolve into non-traditional financial assets, the greater the portion of portfolios being invested into less liquid assets. At investors and promoters level, this is normally dealt through asset allocation. At AIF level, this is leading to a growing demand for various kinds of lending facilities aimed to provide some non-liquid assets release in different situations. A feature about which not all the depositary function providers have the same appetite and AIF investors and promoters can appreciate that a bank provider acting as depositary has, a priori, a possible competitive hedge being at the same time a fully licensed credit institution. 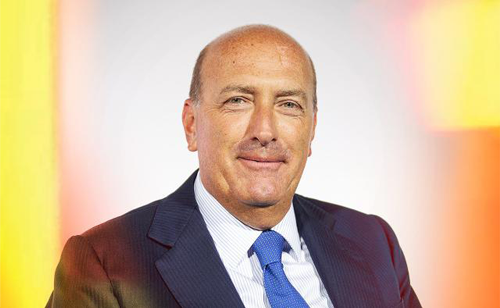