Agility and steering capacity: the keys to keeping Luxembourg on its feet

Luxembourg has earned its place as the largest investment fund centre of Europe, but we cannot rest on our laurels, nor should we expect clients to always conform to our expectations, says Massimoluca Mattioli, Senior Executive Officer at Banque Havilland. For him, agility and steering capacity are the keys.

Luxembourg’s success lies in its cautious pro-business attitude, the ability to remain at the edge of innovation, and of course the toolbox of legal and jurisdictional instruments for which the country is so well known. We only need to look at the investment fund industry, the Luxembourg Green Exchange, and thriving sustainable investments to see how well these key attributes have worked until now.  This vibrancy and growth have been accompanied, at local industry level, by strong competition for market shares, which has resulted in a pressure on the margins: Luxembourg market place has been kept attractive, but a move toward standardisation was triggered to respond to the cost reduction needs.

By itself, standardisation is not problematic, particularly when it meets the needs of clients, Mr Mattioli says. However, if standardisation means that we impose our way on clients, independently of their needs, “that is when problems start.” This risk of creating a no longer customer-centric approach could undercut Luxembourg’s success.

“We stock an incredible amount of competence and professionalism that has helped us to preserve our long-lasting international ranking. We are all aware of what the label ‘Made in Luxembourg’ means for the fund industry worldwide, but we don’t have any real protective barriers that we can put forward against competition from other marketplaces.”

Mr Mattioli contends that if we do not remain agile in our approach to business, we risk losing our clear competitive advantage. What he advocates, in a sense, is a return to the fundamentals of any business: put the customer first. He says that customers expect being listened to, understood, and being provided with solutions that match their needs, “not a list of requirements the clients need to satisfy to have the ‘privilege’ of becoming clients.”

Unfortunately standardisation has produced exactly this, both in the processes and the predominant mentality. In other words, the expectation that clients must conform to us, and not vice versa, risks to become a feature, not a bug.

We can appreciate the value of an agile, customer-centric approach in all kinds of missions a Luxembourg provider is typically confronted with whether in genuine open architecture interaction or acting as one-stop-shop provider.

As an example, we might look at umbrella fund platforms with a plurality of independent delegated investment managers.

“Such articulated platforms do not follow the standardised rules of a single large, vertically integrated model. Each counterparty is set up differently in terms of legal requirements, compliance requirements as well as operational ones. If you want to be an effective actor, you need to be prepared to adapt your operations and procedures to the project needs not to impose your ones.”

For Mr Mattioli, ultimately the only thing that really matters to the promoters of investment fund projects is time to market. This means that providers need to make all other elements “at the service of getting the project to fly as agreed with the client in a timely manner.”

He admits that his fervent advocacy of swiftness and adaptability does face resistance, especially when confronting with the divisional approach so popular in the current business culture when a promise to return a phone call ASAP “ends up being two weeks later” he said half-jokingly.

What can also prove detrimental to Luxembourg’s degree of competitiveness is what Mr Mattioli describes as “a lack of steering and project responsibility”. He believes that banks need to play a larger role with this respect.

It is not just a matter of making sure that a new fund project comply with the KYC and AML requirements that are relevant to the bank at all levels – be it the profile of the investors, the quality of the promoter and servicers or the type of investments to be made – issue for which “to think that banks can just be involved at the last minute to provide an IBAN is in itself a mistake” he said “and can have material impact on the time to market of the project.”

As matter of fact the increased complexity of the structures compounds with the exaggerated divisional approach of the larger industry players. To the extent that in the lack of strong steering capacity a new project needs also to cope with different set of priorities even inside each involved provider (IT, compliance, legal, business development, investment management, and more).

With this respect Mr. Mattioli believes that banks have room for recovering a role of initiative vis a vis the other categories of asset servicers.

“Belonging to the old school of investment banking, I have the impression that banks have the right mind-set to play a more substantial role when it comes to steering the implementation of articulated fund projects. When institutional banking dedicated teams are in place, banks can provide a more holistic approach and proactively mediate among the various servicers priority lists.”

It is up to the promoters of new fund projects to become more aware of the benefit they can get when asking a specialised institutional banking team to steer the project at an early stage. 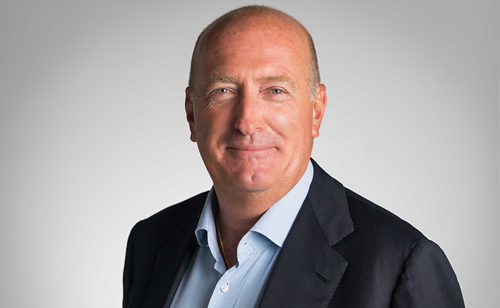