“Luxembourg is a certainty in an uncertain Brexit”

Brexit is bringing new challenges but also new opportunities for the European wealth management industry, with Luxembourg taking the centre stage as one of the favourite jurisdictions for global financial firms and UHNWIs.

With less than a year to the Brexit day, it is still very unclear what type of form and timing the UK exit from the European Union will have. Nevertheless business cannot wait and already more than 20 top-ranked financial firms including private equity, insurance and banks have chosen Luxembourg as their future European hub. The reasons of this “success” lie in three main areas.

Firstly, it is simply about location and languages. Luxembourg stands at the centre of Europe and with around half of the population made of foreigners and the fact that the average citizen speaks at least three languages, it is easier to develop and interact with foreign markets and stakeholders at different levels.

Secondly, this is about the legal frameworks: RAIFs, SIFs, AIFs, UCITs … there are tens of acronyms suggesting how responsive and innovative the legislator has been in creating different vehicles and solutions for each type of investor and asset, also thanks to the regular consultation between the government, the legislator and the private sector.

With thousands of domiciled funds and more than four trillions in assets, there is a reason why the country is the second fund hub in the world after the United States and a premier private banking centre. And it is not all about Europe: nearly a third of clients in Luxembourg’s private banking industry now comes from outside the EU (up from around 15% a decade ago) and the country is today the European home of seven Chinese banks and accounts for 60% of European funds investing in mainland China.

Thirdly and more importantly, it is about stability. When clients and investors make their choice on where and to whom confide their wealth, safety and stability come above and before every other consideration. Luxembourg’s political, legal and economic system has proven through the last few decades that it is worthy of the trust investors put into it.

All these three elements and more have made Luxembourg look as the best option to several types of investors having to deal with looming Brexit deadline. This is a very important chance for the country, as it can also prove that in many areas it can go beyond just being a “booking centre” and be part of a larger part of the financial industry value chain.

However it is not only about Brexit. In a world that is continuously prone to change and where political fragmentation and instability are on the rise, securing and structuring wealth in a solid jurisdiction and having flexible vehicles is vital in order to navigate the future in a prudent way, not only for institutions but also for ultra-high net worth individuals (UHNWIs). But this might not be enough: as when building an investment portfolio diversification is paramount to mitigate risk, the same can be said about diversification of custody jurisdictions.

Luxembourg, London, Zurich, Monaco, Liechtenstein, each legal system and platform has its own strengths and weaknesses according to the client type, objective, and assets. Being a bank able to offer different booking centres to its clients is a feature considered as more and more relevant in order to both optimise investments and reduce tail risk; let us not forget that not so long ago, during the 2011 euro crisis, the implosion of the euro system was a risk that was not looking so distant. In this sense Brexit can be both a lesson and a reminder that the global political, legal and economic framework is a complex constantly changing landscape and it is important for clients to carefully choose a wealth manager capable of continuously monitoring risk and threats to their wealth preservation and growth through decades and generations. 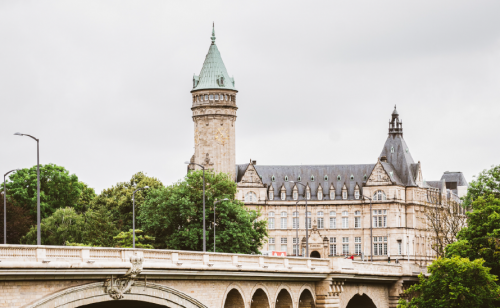