The case for Japanese equities in a multi-asset portfolio

Investing in Japanese stocks has long been a troublesome pursuit for European investors with well known obstacles of lacklustre growth, stagnating inflation and the relative volatility of the market compared with other developed indices proving off-putting for many. Furthermore, the TOPIX Index is seen as heavily dominated by exporters that are influenced by global economic  trends, not least of which is the trading relationship with nearby China, and as such the benefits of an exposure to Japan does not have obvious diversification benefits. However, we believe the market offers a compelling opportunity at the moment, as despite strong corporate fundamentals, Japan has lagged other major markets over the past year and we expect catch-up with current Yen weakness providing a potential entry point. Earnings growth is expected at over 40%  for the current fiscal year while trading at forward PE ratio of 15.1x (a discount to the European market of 16.9x and US at 22.3x). Interestingly, the dividend yield of the TOPIX is now over 2% compared with 1.3% for the US, so the potential for dividends and earnings growth is appealing for growth and value investors alike. The longer term trend of increased corporate responsibility and governance  continues in the right direction, and the more recent pressures of ESG requirements will support this further and provide external investors of Japanese stocks with increased confidence.

We like the fact that the political and economic situation in Japan is very stable now following a period of uncharacteristic uncertainty. The new Prime Minister, Fumio Kishida is a member of the Liberal Democratic Party and will continue the pro-growth, wealth creation economic policies implemented by his predecessors, Messrs. Abe and Suga, maintaining a positive business environment, while also committing to additional stimulus spending.  The Bank Of Japan is retaining its 10 year yield target of 0%, so the relative volatility of the country’s sovereign bonds remains suppressed compared to other developed nations while the monetary stimulus spending is by far the highest in percentage terms at 22% of GDP. Also, while inflation threatens to break higher around the world, in Japan it remains far more muted – a haven for those worried about the effect of higher prices on other markets.

With respect to Coronavirus, the vaccination programme in Japan has been a great success with over 70% of the population having been fully vaccinated (ahead of many developed economies), and the border restrictions are starting to ease which bodes well for economic growth and trade. We believe other international investors will also start to see the case for Japanese equities too, and inflows should in turn support funds and stocks in the country. While the JPY currency has fallen this year, largely on the back of a stronger US Dollar, it is a proven safe harbour in times of market stress, acting as a nice diversifier in a global portfolio and of course attractive to anyone who feels it is oversold at this point. 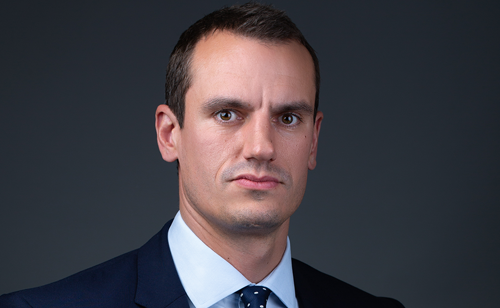